Exhibition Title: The Green of This Notebook

Full gallery of images, press release and link available after the jump.

Images courtesy of the artist and Maccarone, NY/LA

The full title of this piece is “The Green of this Notebook.” The piece is based on Jean-Paul Sartre’s book “Being and Nothingness”. In this book Sartre attempts, in the abstract, to investigate the essential character of existence. In doing so he often refers to experiential illustrations. In the panels of my installation the images on the left are pages from Sartre’s book with the specific references highlighted. On the right are photographs that have been made to correspond to these references. For example, the highlighted text in the first panel on the left reads, “I am on a narrow path without a guard rail which goes along a precipice.” The panel on the right is my corresponding photographic image. This literal relationship of image and text continues throughout the installation.

Upon seeing that an artwork is based on Sartre’s “Being and Nothingness,” one might reasonably assume some level of pretense and pomposity. However, my interest with this project is really quite simple and not really that complicated. In the early 1940’s Sartre is in the process of examining what one can know and conclude about one’s own consciousness and its relationship to the reality within which it exists. He is examining the specifics of his experiences and making general (abstract) observations and conclusions. This particular text is selected because it is an extreme and ambitious case of moving from the specific to the general and because of the richness of Sartre’s supporting examples.

For me as an artist using photography, this relationship between the specific (indexical) nature of an individual photograph and its abstract reception as an image is central to my interest in the medium. I make photographic imprints from specific circumstances and I hope to bring these images into a dialog with abstract notions of iconography, social history, and individual expectations.

In Sartre’s project he often uses experiential examples. These examples are primarily visual but sometimes they deal with sound, tactility, or emotion. While Sartre’s general enterprise endeavors to be academic and “objective”, these illustrating examples cannot avoid the subjective. These are images and ideas that spring to mind. The specificities of Sartre’s context, Paris in the early 1940’s, are embedded in his examples.

I like to think of my project as an existential poetics embracing the elements outlined above. It is hopefully a poetics that address the essential nature of the photographic process. The project is based in an appreciation of the subjective and expressive power of the examples themselves and the specifics of Sartre’s context. It is also an index of my specific conditions and the circumstances of the West Coast of the United States in the late 1990’s.

The Green of This Notebook, is John Divola’s second solo exhibition with Maccarone, on view from May 9th to July 28th, 2017 at 98 Morton Street location. His series “Abandoned Paintings” is now on view at the 2017 Whitney Biennial, Whitney Museum of American Art.

John Divola (b. 1949, Los Angeles) lives and works in California. His work has been featured in more than seventy solo exhibitions in the United States, Japan, Europe, Mexico, and Australia. The retrospective “John Divola: As Far As I Could Get” was held concurrently at Santa Barbara Museum of Art, the Pomona College Museum of Art and Los Angeles County Museum of Art in 2013. Since 1975, John Divola has been a professor of photography, since 1988 at the University of California, Riverside. Recent group exhibitions include Whitney Biennial 2017, “Autophoto,” Fondation Cartier pour l’art contemporain, Paris, France, “Los Angeles As Fiction,” Astrup Fearnley Museet, Olso, Norway, “California and the West,” San Francisco Museum of Modern Art, “The Sun Placed in the Abyss,” Columbus Museum of Art, “Still Life With Fish: Photography From the Collection,” Hammer Museum, Los Angeles, and “Ordinary Pictures,” Walker Art Center.

Full gallery of images, press release and link available after the jump.

“The language [Arabic] is wonderful for Wanderwort*…

One morning in class, [he] taught the word for “mud brick.” In ancient hieroglyphs it was djebet, which became tobe in Coptic, and then the Arabs, adding a definite article, made it al-tuba, which was brought to Spain as adobar, and then to the American Southwest, where this heavy thing, having been lugged across four millennia and seven thousand miles, finally landed as “adobe.””

Peter Hessler’s Letter from Cairo in The New Yorker April 17, 2017

*Wanderwort
Etymology – borrowed from German Wanderwort, from Wander (“wandering) + Wort (“word”)
Noun – A loanword that has spread to many different languages

Venue: The Central Pavilion at the Venice Biennale

Exhibition Title: All the World’s Futures

Venice: Gedi Sibony at The Arsenale

Venue: The Arsenale at the Venice Biennale

Exhibition Title: All the World’s Futures 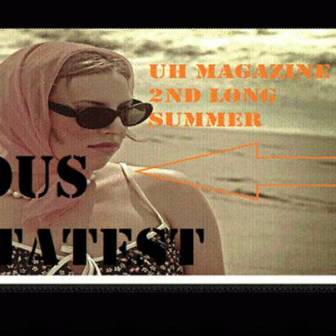 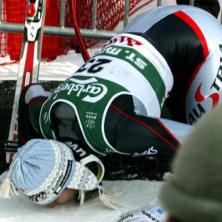